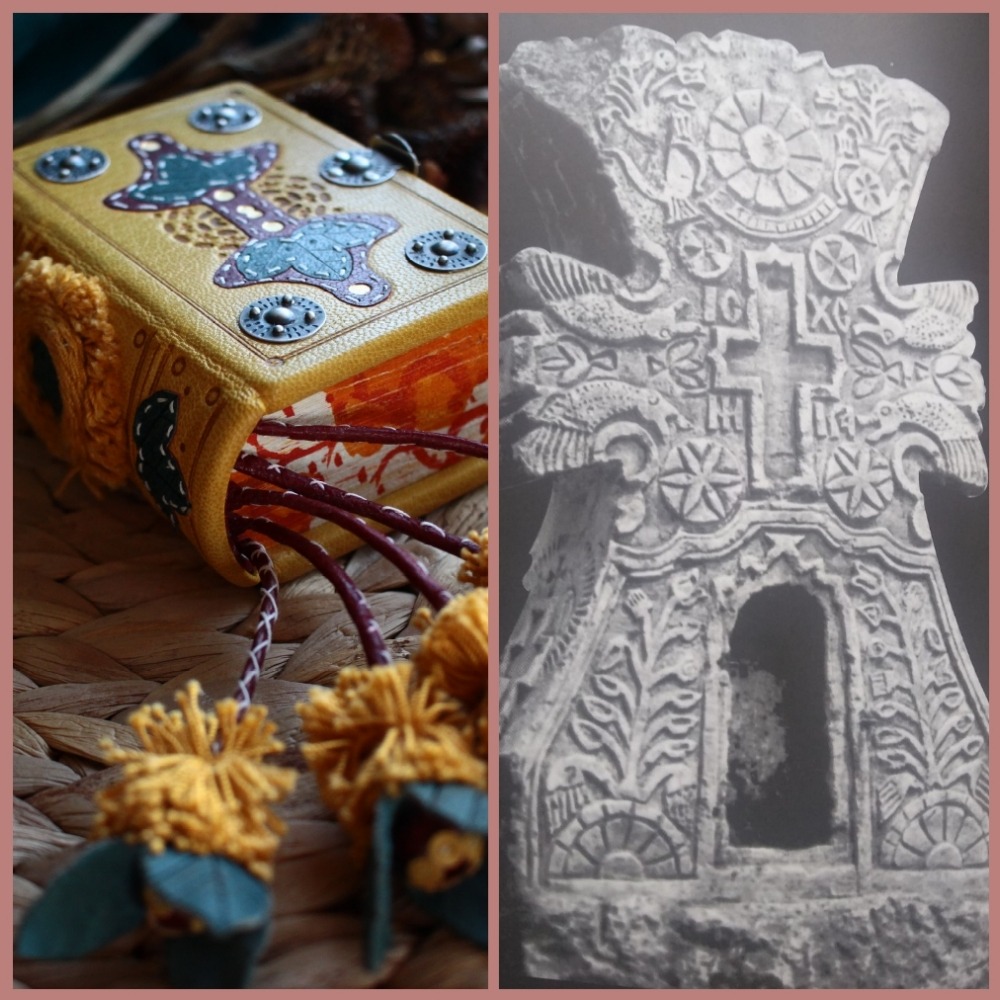 People often mistake that my work is an old Bulgarian tradition or that I in some way preserve the tradition of bookbinding. Maybe we all understand the word and meaning of tradition in different ways, but in my eyes bookbinding is far from a traditional Bulgarian craft.

When handmade books were made in Bulgaria, they were useful to a very small circle of people, mostly from the clergy. Many of the illiterate people at that time had no need for such an expensive and hard to make object as a liturgical manuscript. Even later, when more secular texts were already being copied, they were mostly of interest to similar minded scholars, who were the ones copying and binding these new books.

There has never been a common Bulgarian bookbinding school. There were separate, stylistically distinct schools in the centers where such activity was in full swing. But in general, in Bulgaria and the neighboring territories, books were made in the Byzantine style, with some small changes, be it from artistic flair or pure clumsiness.

Unfortunately, things were interrupted before there was an opportunity for a local tradition to mature. The Ottoman invasion put an end to both our and the Byzantine tradition. The handwritten and bound book in this form lived a miserable life from then on. When we were ready to join the rest of the world in civilization, we had to adopt the already developed western style of binding, as the every coutry was already printing rather than scribing.

We took once again what others had already invented and our small emerging contribution in bookbinding remained buried.

What I’m trying to do is dig into the time before this burial and my artistic goal is to play with the idea that I can imagine how it could’ve been. My most recent works are just an imagination of what a Bulgarian art binding would look like if it had ever had a chance to develop and live its taken life. It took me a long time to wander back from Western influences, again to ours. At the expense of the bookbinding tradition, many other ancient Bulgarian crafts have survived and flourished. Things have always gone hand in hand, and the decorative achievements of woodcarving, embroidery or ceramics would hardly have escaped the eye of the bookbinder living at the time. In this line of thought there is much to take and incorporate in a book, in the process “artificially”, yet with deep respect to revive the idea of ​​a well-deserved tradition that didn’t have a chance beforehand.

Reimagining Bulgarian folklore through art and craft, with the help of my family.